Immigrants and the Fourth of July 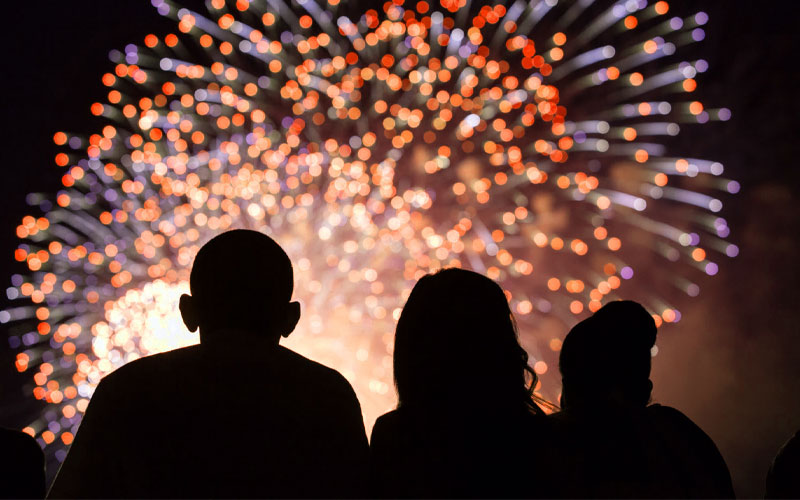 The Quiroga Law Office, PLLC wishes everyone a Happy Fourth of July – a holiday that has immigrants at its core. You see, people tend to forget that the Declaration of Independence was mostly a stirring list of the reasons the American Colonies were splitting from Great Britain. The Revolutionary War did not begin as a war of separation from the British, the sentiment that the Colonies should be independent grew over the months after Lexington and Concord and Bunker Hill.

So, when Congress finally realized that our differences with the British Empire and King George III were irreconcilable, they published all the reasons why – to better to inform the world as to why we were fighting. Those reasons are laid out point by point in the Declaration, each attributed to some action of George III. One of those first points is this:

He has endeavoured to prevent the population of these States; for that purpose obstructing the Laws for Naturalization of Foreigners; refusing to pass others to encourage their migrations hither, and raising the conditions of new Appropriations of Lands.

That’s right, one of the major issues the Colonists had with George III was his interference with immigrants to the Colonies.

Fifty-six men signed the Declaration. They were all, obviously, the sons and grandsons of immigrants. They signed the document, by the way, even though no signatures were required, the act had passed and was in effect. They chose to sign it to stand behind their actions – despite the knowledge that they were marking themselves as traitors to the British Crown. They could expect to lose everything and most likely hang should the Revolution fail.

Eight of the signers were born outside North America. That’s right, nine immigrants signed the Declaration of Independence.

Button Gwinnett emigrated with his wife in 1762, arriving in Savannah, Georgia virtually penniless. He became a fixture in Georgia politics. He was elected to represent Georgia in the Continental Congress. His is the most rare signature of all the signers – he was killed in a duel in 1777.

Francis Lewis was born in Wales and emigrated to Whitestone, NY in 1735 at age 20. He was a successful merchant, though his life was hardly easy. He was taken prisoner during the French and Indian War and sent to France for imprisonment. After he signed the Declaration, his home was ransacked by British forces, his wife was imprisoned for weeks. She never recovered and died in 1779.

Robert Morris emigrated to Oxford, Maryland when he was 13. He lived with his father and eventually moved to Philadelphia for his studies. He became an apprentice at a shipping and banking firm in Philadelphia, eventually rising to run his own firms. He was immensely successful. Morris was not in favor of independence from Britain, he wanted some sort of reconciliation. He initially voted against the Declaration, later he abstained so the Pennsylvania delegation would have the votes to back it. Later in July, he added his name to it, saying, “I am not one of those politicians that run testy when my own plans are not adopted. I think it is the duty of a good citizen to follow when he cannot lead.” Robert Morris was the treasurer of the revolution.  He managed the funds that paid for the war. When funds ran low, he paid out of his own pockets. Millions.

James L. Smith’s family came to America from Ulster, Ireland in 1729 when he was 10. They settled in Chester County, Pennsylvania. He attended Philadelphia Academy, now known as the University of Pennsylvania. He was a lawyer.

George Taylor was born in Ireland – no one is quite sure of exactly where – in 1716. He immigrated to America in 1736, landing in Philadelphia without a penny to his name. He had paid for his passage by agreeing to be indentured to an ironmaster. He started as a laborer, worked his way up to bookkeeper, eventually became a tavern owner and started his own furnace and forge company. After signing the Declaration in August, he provide the bulk of the Continental Army’s cannonballs and bullets.

Matthew Thornton’s family emigrated to North America when he was three years old, settling in Wiscasset, Maine. The town was attacked by Native Americans in 1722, the town was abandoned and the Thornton’s fled their burning home for Worcester, Massachusetts.  Thornton studied medicine and became a physician. He moved to Londonderry, New Hampshire, and opened his own medical practice. He was active in local politics, was swept up in the many colonial wars with the French and acted as a surgeon for various militia forces. He was the last man to sign the Declaration in November 1776.

James Wilson was a very bright child, he studied at the Universities of St. Andrews, Glasgow and Edinburgh, and was a rapt student of the Scottish Enlightenment thinkers Francis Hutcheson, David Hume and Adam Smith. He came to Philadelphia in 1766, and found work tutoring and teaching at what is now the University of Pennsylvania. Wilson  read for the law at the office of John Dickinson, one of the authors of the Declaration.  He wasan  immensely successful attorney. He was considered the finest political theorist of the Congressional Convention and while not a drafter of the Declaration, he was considered one of it’s guiding lights. He was one of the first four men appointed to the Supreme Court of the United States by George Washington.

The only active minister and the only college president to sign the Declaration, John Witherspoon, was born in 1723 in East Lothian, Scotland. He was the oldest child of a minister. Witherspoon obtained a Master of Arts from the University of Edinburgh in 1739. A staunch Protestant, nationalist, and supporter of republicanism, Witherspoon was caught up in the Scottish revolts and was briefly imprisoned by Scottish rebels in 1746. He was a well known Presbyterian minister and theologian when he was approached by several prominent New Jersey residents (and fellow signers of the Declaration)  to immigrate to America and become president of Princeton – at the time an understaffed, struggling, second rate college. He accepted in 1768. He turned Princeton around in a matter of months. During his first years there, with him acting as a professor as well as President, he taught James Madison, Aaron Burr, William Bradford, three Supreme Court justices, twelve members of the Continental Congress, twenty-eight U.S. Senators, and forty-nine U. S. Congressmen.

Immigrants in the Ranks

While the Declaration of Independence was being signed by immigrants, and the sons and grandsons of immigrants, thousands of immigrants were serving in the Continental Army under George Washington on Long Island.  Irish, German, Welsh, Scot, African-Americans both slave and freed men, Poles, and a scattering of people from around the globe. Other immigrants came over the next months to help train the army.

One of those soldiers on Long Island was an immigrant from the West Indies, freshly arrived in Boston in 1771. He would survive the war and become instrumental in the drafting and ratifying of the Constitution of the United States. Alexander Hamilton would turn 19 the week after the Declaration of Independence was signed.