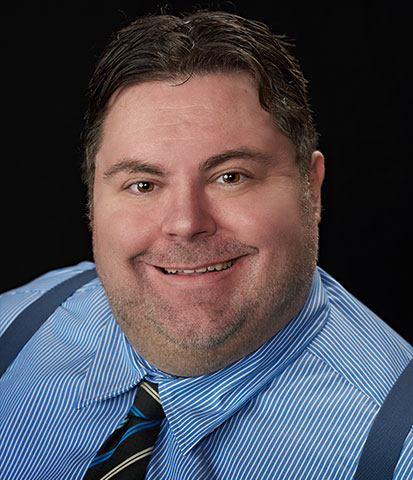 Originally from South Eastern Washington, Clayton was born and raised in the small town of Palouse, Washington. A town with a total population of around 800 people. He grew up on an idyllic farm, where his mother raised miniature horses and his father worked for Washington State University.

Clayton had the great opportunity to start his college education early while in high school through a running start program.

He completed much of his core courses before graduating from Garfield-Palouse High School in 2000. Clayton has always been active academically and very much into playing sports and competitive dancing.

Clayton attended the University of Idaho right out of high school, and delved into courses he thought were interesting until his first political science class. He became intrigued in course subjects about criminal and constitutional law.

That was his spring board to declare his major in political science, switching over from the math heavy class load he was taking. His later course work got him thinking about careers that helped people and started him on the pathway for pursuing a career as a lawyer.

Clayton found it very interesting reading about Supreme Court decisions and how they affect people, and the way laws change throughout history.

After graduating from the University of Idaho in 2004, he did not spend much time out of the classroom before being accepted into Michigan State University’s School of Law in East Lansing, Michigan. He quickly rose to the top of his class and was awarded the jurisprudence award for achieving the highest exam score in his criminal law class early on in his program. His achievement landed him a coveted teacher’s assistant position for one of his professors.

Back in the Palouse, Clayton spent the summer studying for the bar and passed it on his first try. He entered the job market at the height of a recession in 2008 and was fortunate enough to land a positon with a local attorney, cutting his teeth on financially related case work.

He found this work very interesting and gratifying because it tied his interest in mathematics along with the challenge of helping people achieve a positive outcome. Bankruptcy law, mortgage mediations, and student loan modifications became Clayton’s area of focus.

Clayton joined the Quiroga Law Office team in the Spring of 2017 and now handles some bankruptcy cases while building upon his new area of focus on immigration law. Clayton has quickly becoming an integral part of the team and has a great thinking-outside-the-box approach to working with clients.

Inspired by achieving positive outcomes, doing challenging work, acquiring new experiences practicing law, and learning about changes in the law so he can stay on top of new trends are all attributes that make Clayton a great fit for the legal team.

His goal now is to learn everything he can about immigration law and how to best represent his clients at Quiroga Law Office.