All those things – the cheer of the most cheerful of seasons – and almost everything else you can conjure up about how we celebrate Christmas came about because of immigrants. Perhaps no other holiday has been so influenced, so shaped, so transformed by immigrants.

Not sure about that? Consider the very first immigrants to these shores, Puritans. The Puritans were not renown for, well, joyous things. They were, in fact, a rather grim people. They established their colonies around a few basic, unshakable tenets: they were subjects of the British Crown and their version of Christianity was the only version.

This all began to change about the time the Constitution was ratified. Immigrants with new ideas and Old World notions of Christmas were pouring into the new United States. The writer Washington Irving was born in New York City in 1783 during the week the Revolution ended. He grew up surrounded by immigrants in one of the true cosmopolitan cities of the world.

He knew from a very young age that he wanted to be a writer. He grew up watching, listening, experiencing everything Manhattan had to offer. In 1819 he published a series of short stories about a different kind of Christmas, a Christmas where a cross section of society celebrates a true holiday. Together.

He wrote about a holiday that was open, joyous, gay, celebratory, dripping with decorations. Irving was enormously popular and influential. One of the bestselling authors of his time, his Christmas stories were read by everyone.

Americans – so much more diverse in 1820 than at any previous time in our history – listened, Christmas began to change. This might have taken generations, but everything was accelerated by the great influx of immigrants in the mid-1800s, culminating in the 1850s. With them came all manner of Christmas observations, not one as somber as the Puritans’.

With decent roads, canals, river steamers, and the new railroads, they spread out, quickly. They brought their ideas to all corners of the country. An America looking, perhaps yearning for, a different type of Christmas, quickly adapted all the trappings of what we now know as the Christmas Season.

Everything from Christmas trees to tinsel and ornaments, decorations and, of course, Jolly Old St. Nick, came to us through immigrants.

It happened so quickly, and was embraced so completely, that Christmas was finally – finally – made a National holiday by President Grant in 1870.

So, when you drive by a brilliant light display, sparkling street decorations, or take your children to see Santa, or watch How the Grinch Stole Christmas for the hundredth time, or spend an afternoon baking a batch of Christmas cookies . . . think – just for a moment – of the millions of immigrants that brought their traditions her and saved us all from a Scrooge-like Christmas. 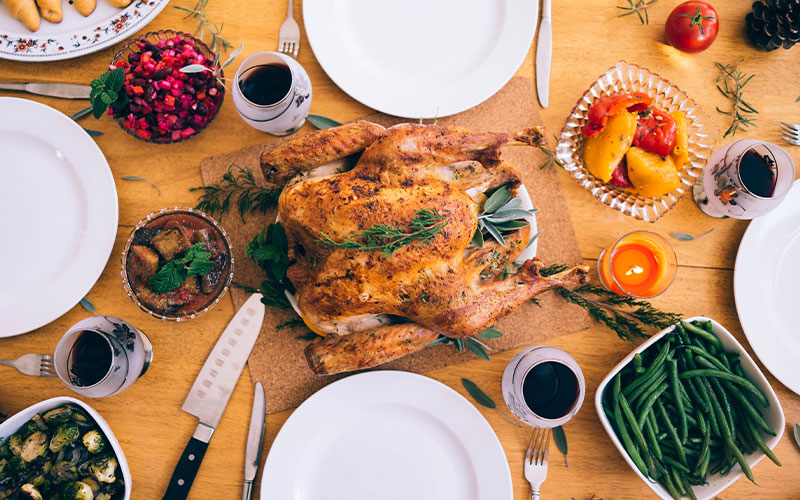