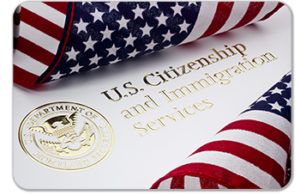 Who has conditional residency status?

Residency can be acquired through marriage to a United States citizen or a legal permanent resident. If the marriage is less than two years, then conditions will be imposed on the person seeking the status adjustment. The conditions are mainly a new application in 24 months (2 years) to show the marriage is still working.

USCIS will require evidence of the relationship during those 24 months; therefore, couples must have good record keeping for USCIS to review at the time of the removal of conditions. Note that USCIS may investigate or even visit the couple in their home unannounced during this period.

Adjustment not by marriage

Requirements of Adjustment of Status by Marriage

Every adjustment application is based on a petition. The petition must set forward a “petitioner” and a “beneficiary”. The petitioner must be a legal permanent resident or a citizen of the

United States. The beneficiary must be a spouse of the petitioner. The beneficiary must also be “admissible” to the United States. The couple must show that the marriage is legitimate and that it was entered into in good faith. Good faith requirements are somewhat vague; USCIS is seeking to establish the marriage was entered into for love and affection, not for the purpose of immigration benefits.

The petitioner must also show a financial ability to sponsor the beneficiary. To do so, the petitioner must document the yearly income and provide the government with paystubs, taxes, and other relevant financial information. The income guideline requirements are outlined here.
The adjustment process must be done within the United States. Any consular processing is used to acquire a proper visa to the United States. Sometimes it is easier (faster and cheaper) to start the process with a fiance and/or spousal visa , and then upon arrival, adjust the status. In some circumstances, it is easier (or even, the only possibility) to process the adjustment in the United States if the beneficiary is already in the United States pursuant to a lawful entry.