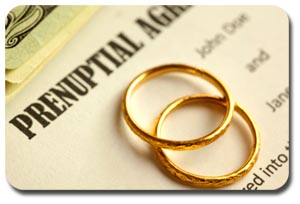 A prenuptial agreement is a private agreement between two parties prior to marriage. This agreement is a written contract that can be enforced and it is legally binding, so long as the parties entered into a full arms length agreement.

The prenuptial must be fair, and typically, each party must have separate and independent representation.

The parties may contract as to details of ordinary life.  They may not be enforced in court, but they are effective if followed. The main rule is often referred to as the “Blue Pen Rule.”

If a provision is declared invalid, it can be severed from that portion of the contract.  If, however, the clause is intertwined with others, it may not be able to be simply severed, and therefore, the entire prenuptial agreement will fail.

It is important to note that the laws, rules, and applications that a court would give to a prenuptial (and its purpose) would vary by operation of law during and at the end of a marriage. For example, divorce statutes may determine how the property assets will be divided. Under the most common schemes:

(2) Intestate and probate recognize property interests, but do not impose maintenance after death.

(3) Intent of deceased: court discretion is guided by equity.

The courts will have discretion regarding maintenance.  However, depending on how a Spokane divorce attorney presents the argument (to enforce or to defeat a prenuptial agreement), the entire contract could be declared unenforceable if the main dispute has to do with the essentials of the marriage.

If a party to the marriage challenges the validity of the prenuptial agreement, the court will have to apply different standards or a burden of proof that varies.

In a proper challenge, the court will have to look at the two main parts of a prenuptial agreement: (1) the process and (2) its substance. Regarding the process, the court will ensure that no fraud was effectuated when a party (typically the weaker spouse) signs the contract. 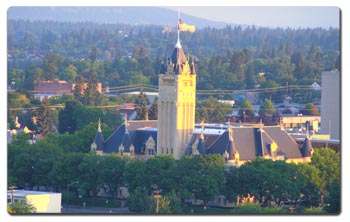 Fraud is often understood as an intentional misrepresentation or deceit to induce another party into a contract.

However; Washington courts have defined or expanded the definition of fraud as far as prenuptial agreements are concerned.

Washington courts require that the parties be given independent advice (and the court will be more concern with the spouse who is a weaker financial position). In order for a prenuptial agreement to be enforceable, a Spokane divorce attorney would need to:

(1) Advise clients of their opportunity for independent advice.

(2) Have someone explain to the parties what would happen if they get a divorce. If they will not secure counsel, the attorney should put protective language to that fact in the prenuptial agreement.

Although these requirements are standards that are fairly clear, the court also often requires a time factor under the element of fraud.

It is important to note that the more time in between those acts, the higher the likelihood the agreement will be upheld. A Spokane divorce attorney could challenge the prenuptial agreement if there was not enough time between the signing of the agreement and the nuptials.

Both parties need to receive copies and they have to have independent knowledge and understanding of the document.

The substance of the prenuptial agreement requires a duty of full disclosure as to the amount of wealth of each party. Some states require a duty to inquire, while some impose a duty to disclose. The general rule is that a party must disclose at least the major items. If a substantial asset is omitted or not listed, the court could simply establish that the item is not covered by the agreement (and be subject to community property principles.

The agreement must also be fair. Typically the court will want to see that neither party will be left destitute under the agreement.  This is important as a spouse who is in a better position will want to ensure some equitable distribution is still made.

Some prenuptial agreements will have elastic clauses that will enable a spouse to earn more if they stay married for a longer term. These clauses are enforceable.

Parties could also change the terms of a prenuptial agreement, just like any other contract, in writing and following the court’s specific rules. A Spokane divorce attorney could evaluate an elastic clause and determine if the clause is enforceable or if the court will be unlikely to uphold it.

Like any other contract, the parties could invalidate the prenuptial agreement by not following its terms. If the parties do not follow the contract, it is unlikely that a court will.

The  court must then conclude whether the prenuptial agreement is fair or unconscionable. Courts look at the following factors when making that determination: