Why Everyone Should Be Concerned About What Happened to Mohanad Elshieky 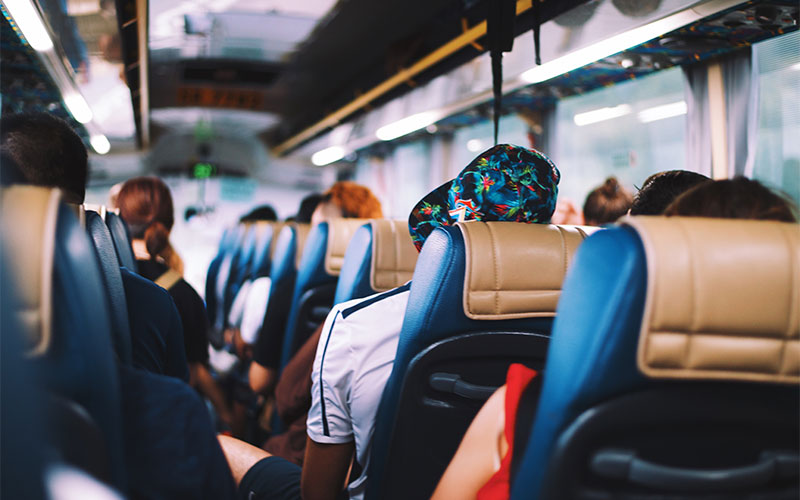 It’s a case that’s been all over the media – social and otherwise – throughout the Northwest for a week (now going National): legal resident and rising comedy star Mohanad Elshieky was pulled off a bus in Spokane while Border Patrol Agents checked his documents.

He was kept off the bus for a solid twenty minutes while agents checked his ‘documents,’ made calls to verify, questioned his very legal driver’s license and work papers. Mohanad Elshieky, by the way, escaped from Libya and was granted political asylum here last October.

Here is what he tweeted right after the incident:

This morning ICE agents got on my Greyhound bus that was headed from Spokane to Portland. They walked around before they asked me and few others to step outside and took my documents and interrogated me for around 20 mins then claimed my papers were fake and that I’m ‘illegal’.

I explained to them that I was granted Asylum here in the United States and that the work permit they currently hold and the license are impossible to get unless your presence here is legal. They told me that I was lying and these could pretty much be falsified.

In retrospect, he was lucky the incident only lasted twenty minutes. And the rest of us are lucky he has a significant social media presence so his story spread.

Because while it’s hardly unique, few people are aware that this – being stopped to verify you are a legal resident of the United States – is widespread and has been going on for some time.

In this regard, newly granted asylum seeker Mohanad has a lot in common with the United States Senator from Vermont, Patrick Leahy. In 2008 he was driving through Vermont  75 miles from the Canadian border when he was forced to pull into a checkpoint run by the Border Patrol. He questioned the legality of the stop, and by what authority he was being detained.

The Border Patrol agent, “Patted his gun and he said ‘that’s all the authority I needed.’”

While inelegant, that Border Patrol agent was not wrong. Border patrol agents, by Congressional act, have ‘jurisdiction’ within 100 miles of our borders. Not just the borders with Mexico and Canada, but the Atlantic, Pacific, and Gulf Coast waters

That means the Border Patrol has ‘jurisdiction’ over two-thirds of the American people.

“Okay,” you’re undoubtedly thinking, “but we’re protected by the Fourth Amendment from random and arbitrary stops and searches.”

You would be correct . . . except for when it comes to Border Control checkpoints, where things get a lot more gray. All because a 1976 US supreme court decision “gave agents limited authority to conduct brief stops, pose simple questions (such as “are you a US citizen” and “where are you going”) and ask to see documents to establish proof of legal presence in the US. For anything beyond this narrow purpose of determining citizenship there must be “reasonable suspicion” of unlawful activity.”

Mohanad was at the Spokane Intermodal Center some 93 miles from the Canadian border. Further than Senator Leahy was for his stop. Neither man argued with their agent, both provided IDs. The agent who stopped Leahy didn’t care that he was a US Senator (the longest serving member, by the way) and that should tell you all you need to know about being stopped by Border Patrol.

Leahy just introduced a bill to the Senate that would rollback the Border Patrol’s jurisdiction to within 25 miles of the border(s). In the current frenzy of ‘who’s tough and who’s not on immigration,’ passing that before 2020 seems a long shot.

In the meantime, if you’re a US citizen and you’re stopped, you grin, bear it, and answer through gritted teeth. If you’re a legal resident . . . well, in The Spokesman-Review on Tuesday Hector recommended they carry ‘all their paperwork’ to avoid such an incident. “A copy of the court order to have with them would be very important,” he added.

It’s a minor irritation – carting around all your paperwork – but until things are changed it will stop a much greater problem.