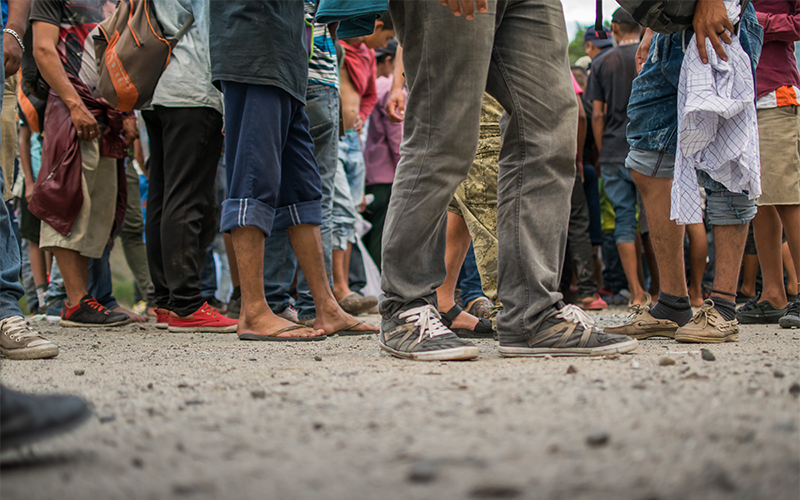 ‘Immigrant invaders’ flooding across the border to ‘take jobs from Americans.’

They don’t speak English. They stay to themselves and are ‘not assimilating.’ They live in tight, packed, squalid tenements and neighborhoods that ‘teem’ with families.

The invaders stick to themselves and live in conditions that are not only ‘a reproach to civilization’ but ones ‘real American’ would never tolerate.

They ‘inspire fear and aversion in neighbors.’

They are ‘pawns,’ much of the media claims, of their religion and are being used to ‘threaten the territorial integrity of the United States.’

The invaders take up a disproportionate percentage of low wage jobs, angering unions. They are in no hurry to become U.S. citizens but they readily pay taxes, volunteer for the armed services, ‘defend the flag and work for the general prosperity of the United States.’

But . . . their religion is worse. It’s a religion that, in a theory popularized by the media, sent the immigrants to the United States to settle, keep their culture, grow their population, take over the schools, local government, impose their religious laws, and eventually allow the region to ‘be taken over by a foreign power.’

The proof of all this is the large number of children the average family has. Way more than ‘real Americans.’

Their religion, by the way, is hated. At various times there have been attempts by political parties to make it illegal – as it is in other countries. There have also been many attempts to stop the religion’s followers from entry in to the United States.

Because, the leaders of that religion are ‘ignorant and unenterprising . . . they care nothing for our free institutions, have no desire for civil or religious liberty or the benefits of education.’

The invaders that were going to destroy the fabric of American society and annex New England for the British in Canada were French-Canadian immigrants. They were Catholics.

You may have guessed some or all of this earlier. You undoubtedly noted the language hurled at the invasion of Catholic French-Canadians. It’s the same invective hurled by the Trump administration every day under the auspices of Stephen Miller at immigrants.

The French-Canadians became, of course, just another group or immigrants to, eventually, assimilate into America and add to her greatness.

The language used by the Stephen Miller’s to deride immigrants today will look equally ridiculous to history. We just need to get through today. Together. Call us.