A Week of Bewildering Immigration News 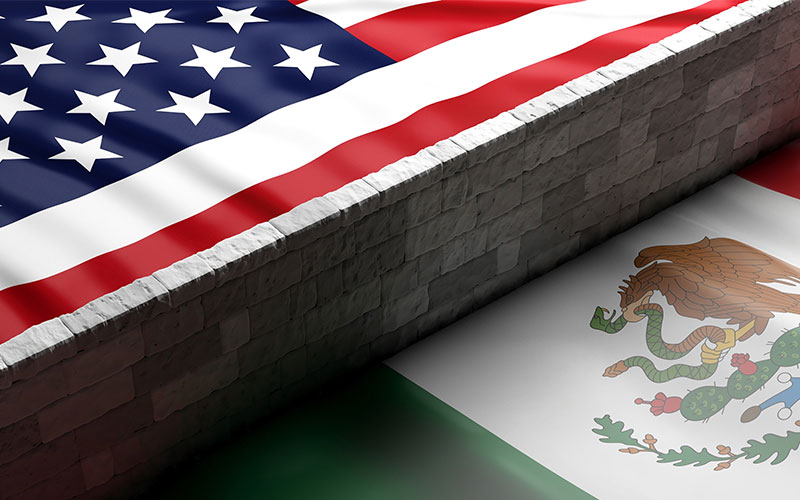 A week of bewildering immigration news. That was last week in a nutshell. So much, so quickly, we can only offer a synopsis of some of it. The long and short of it: the official policy of the United States is clearly anti-immigrant. Or, at the very least, anti-the-wrong-kind-of-immigrant. We address what it means for you at the end.

The week began with a series of reports that President Trump had advocated building a moat in front of his wall across the border. Moreover, he suggested it be filled with snakes and alligators. Moreover, he suggested shooting migrants in the legs “to slow them down.” After this, there should be no question about how the president and his administration really feel about migrants.

The White House announced late in the week that the government would begin to deny visas to immigrants who “will financially burden” the U.S. Health Care system. Immigrants will have to prove they either have insurance or are affluent enough to cover their health care costs before they are allowed entry. It should noted that it’s difficult enough for Americans to get health care insurance and almost impossible to obtain it before actually living in the state you’re applying in.

This does not effect anyone currently in the U.S. and goes into effect on November 3rd. It is, however, sure to be challenged in court.

More news: a journalist returning from an assignment in Denmark was stopped and had his passport held by CBP until he would ‘admit’ to the agent that instead of ‘reporter’ or ‘journalist’ his real job title was “propagandist.” He has since filed a civil suit against the Border Patrol. It’s been noted that this is not the first time this has happened to a reporter.

Canadians are not only being turned away from entering the United States for extraordinarily flimsy reasons, they are being banned from re-entering for five years. This is happening even to people coming in for day trips.

Last bit of news – but of course, not really last as all of this is ongoing – an acclaimed Mexican playwright, Conchi Leon, from the Yucatan was due to open a new play in Chicago last week. Planning had been months in the making, the stage designed, actors rehearsed and ready, tickets sold. Days before her and the cast were to leave for the U.S. Immigration Services denied their visas.  The reasoning was specious at best.

All this news in the last week.

We’re writing about it not as a list of grievances against the Trump Administration but as further warning to clients and potential clients.

That warning is simple: right now, there is little regard for immigrants and the forces that be have been empowered to embrace that. If you think for a moment that your case will receive any consideration if you have failed to fill in the right form, pay the right fee, miss a document, or check the right box, you will be lucky if you are only put to the back of the line.

In an environment where a CBP agent feels comfortable holding the passport of a United States citizen because he doesn’t like his profession, anything goes. Be ready, be prepared, don’t try to do it yourself. Hire an attorney.