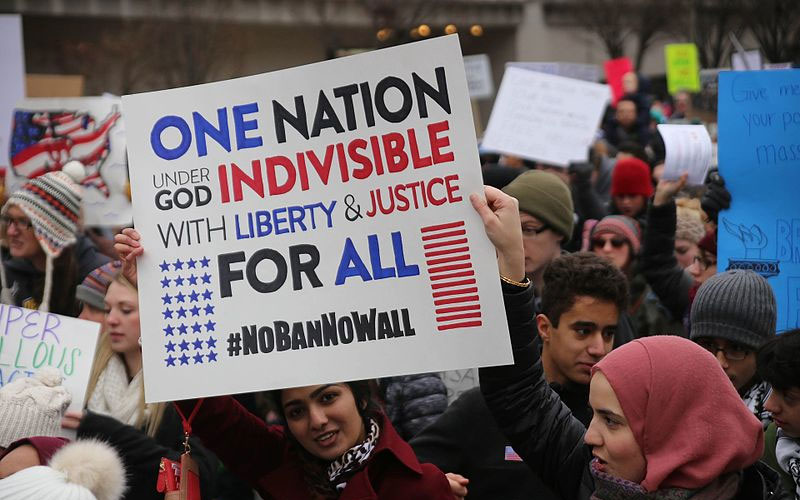 This being the 21st Century and social media being social media, our Facebook and LinkedIn posts get a lot of comments that you never see … because we have to delete them – they get pretty brutal. They’re mean and unthinking and insulting and par for the course. Immigration is a topic that almost everyone has an opinion about and almost all those opinions are strongly held.

I was talking with a friend from Connecticut last weekend at a weekend long seminar about managing a law firm. He’s an historian of sorts and when I mentioned the above to him, he just started to laugh. Not very deeply, but still a laugh.

“Hector,” he chuckled, “it’s always been that way, go back to … oh, I don’t know, fifty years after the Pilgrims landed at Plymouth Rock … I don’t think you can pick out any period in American History where immigrants were welcomed. It’s like hazing at fraternities, it happens, it’s horrible, it’s makes you squirm, but a year after you go through it you’re willing to mete it out on someone else. American’s have short memories.”
Wow. So, this:

“Those who come hither are generally of the most ignorant Stupid Sort of their own Nation.”
“Not being used to Liberty, they know not how to make a modest use of it.”
“Why should Pennsylvania, founded by the English,become a Colony of Aliens, who will shortly be so numerous as to Germanize us instead of our Anglifying them, and will never adopt our Language or Customs, any more than they can acquire our Complexion.” ~ Benjamin Franklin.
“The influx of foreigners must, therefore, tend to produce a heterogeneous compound; to change and corrupt the national spirit; to complicate and confound public opinion; to introduce foreign propensities.” ~Alexander Hamilton (Note that he himself was an immigrant).

These attitudes are reflected throughout our history. The immigrant groups may be different – Franklin and Hamilton, and to a lesser extent, Thomas Jefferson, were very opposed to German immigrants – but the animosity from ‘real Americans’ stays the same.

We’ve written about the European revolutions of 1848 and Irish, German(again), Italian, Spanish, immigrants that fled to the United States. None – especially Catholics – welcomed.  Things, by the way, did not turn around for decades. Many Germans fought together in regiments and brigades during the Civil War. The many German troops serving together in the East were reviled as “Dutchmen’ at the start of the war, shunned for their poor English. They had the extra bad luck of serving under lousy generals and were on the back end of brutal Union losses – for which they, the Germans, were blamed.

The Chinese were the focus of immigration hatred in the years after the Civil War. Along with Irish, Germans, and Italians. In the 1870’s California petitioned the federal government for America’s first immigration regulations – it was all about stopping the influx of Chinese.

We all remember Robert DeNiro as the young Don Corleone immigrating to Ellis Island and New York in the early 1900’s. What Godfather II doesn’t show is that he undoubtedly was not welcome. Italian immigration was one of the primary reasons for the series of immigration laws and restrictions passed before, during, and after World War II.

It was Asians and Mexicans during the Depression and into World War II. Jewish refugees from Europe were mostly barred from the United States, echoing present day refugee policies.

Nothing much has changed since World War II, immigration is always a hot topic, different groups of immigrants at different times find themselves on the ‘outs.’

Social media makes it all seem like it’s new. It’s not, it’s just part of a long cycle. What can break it? Maybe if we all start to remember and make an effort not to haze the next generation.