Supreme Court says DACA stays, we will tell you how to benefit. 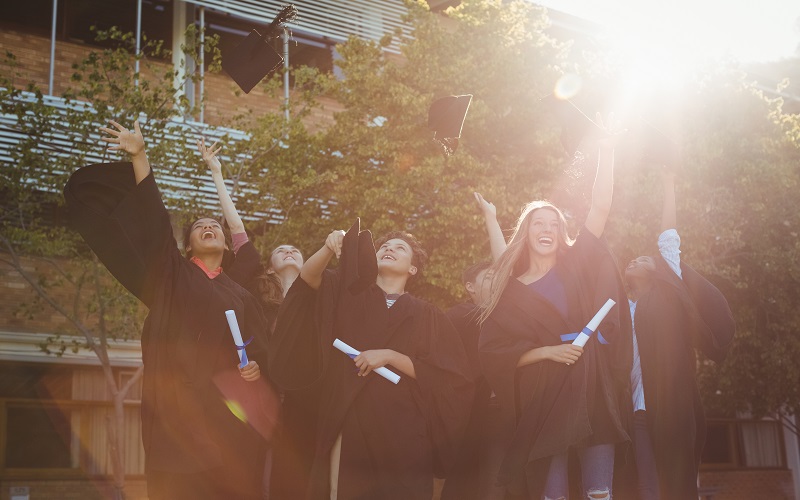 The United States Supreme Court, the country’s highest court, rejected on Thursday the most recent attempt by Trump to end DACA.

The DACA case has been the biggest immigration dispute of the year in the superior court. The court decision protects the more than 700,000 young beneficiaries of the federal program.

The Deferred Action for Childhood Arrivals (DACA) was created during Barack Obama’s administration. In the summer of 2012, the Department of Homeland Security (DHS) launched the program which allows certain unauthorized aliens who entered the country as children they can apply for a two-year forbearance of removal.

It means that for two years the deportation proceedings against them will stop, and also, they are granted some federal benefits. Recipients are eligible for work permits, driving licenses, and a social security number.

Also known as ‘dreamers’, these young people have also been able to access education and contribute to pay taxes. More than 700,000 of them have participated in the program.

To be eligible, applicants must have come to the United States before the age of 16 and lived since June 15, 2007.

They must not be more than 31 years old at the DHS created the program, back in 2012.

The main beneficiaries are young people from Mexico, El Salvador, Guatemala, and Honduras.

Although DACA allows ‘dreamers’ to stay in the country for two years, a period that can be renewed, it did not provide them a way to become US citizens or legal permanent residents.

In November 2014, Obama attempted to expand the program to include those who entered the country before 2010 and to remove the 31-year requirement.

However, a federal court ruling blocked these latter measures.

Since the beginning of his period, the Trump administration has decided to harden its immigration policies and the existence of DACA was threatened.

Opponents of the program argued that DACA’s “amnesty” makes it easier for dreamers to take advantage of jobs that could be for Americans or immigrants with legal status.

In November 2017, Attorney General Jeff Sessions announced the end of DACA, arguing that dreamers entered the U.S. illegally when they were still children.

Initially, the White House planned to phase out the DACA program and its benefits, but the decision suffered several setbacks.

In November 2018, a federal court of appeal ruled that Trump was unable to end DACA.

At the time, the Trump administration requested a review of the court decision.

In January last year, another attempt was made to attack DACA, proposing to extend the benefits for three years in exchange for funds for the border wall.

With the result of 5 votes in favor and 4 against, the judges of the highest US Court ratified the continuation of DACA.

The position of federal judge John Roberts was crucial for the victory of the program and its beneficiaries.

In a 74-page document, published by the Supreme Court, the main arguments of the judicial decision are collected.

” Today the majority makes the mystifying determination that this rescission of DACA was unlawful.”, it is stated the text.

The court’s decision came after attorneys of dreamers filed a post-argument brief in one of the three cases with the judges.

The report showed the judges that 27,000 dreamers are health workers and nearly 200 are medical students, residents, and doctors, most of them in the front lines fighting COVID-19.

While the ruling does not prevent Trump from persisting in his bid to end DACA, the decision represents a major setback for his immigration policies.

Still, the ruling is also likely to close the door on any action in Congress to address this issue at least for the rest of the year.

The Court’s decision also aligns with the opinion of the American public.

Surveys conducted over the past year showed that three-quarters of Americans believe that dreamers should be granted permanent status and allowed to become citizens.

What does this decision mean for immigrants?

The ruling on DACA’s stay is a great victory for immigrants who are currently in the United States.

Dreamers will continue to have opportunities for a better tomorrow and a path to achieve the American dream.

Thousands of young people will join the hundreds of thousands of beneficiaries so far, who seek in our country the opportunity to rebuild their lives.

We truly hope that this wise decision may be just the beginning of more and better measures that protect immigrants and their families.

At Quiroga Law Office we gratefully celebrate this victory of justice and extend the warmest greeting to all dreamers and immigrants.

How do I know if I can benefit from DACA?

To access DACA you must meet the following conditions:

If you are not sure if you qualify for DACA, we suggest you seek advice from an immigration attorney.

At Quiroga Law Office, PLLC, we are here to help you.