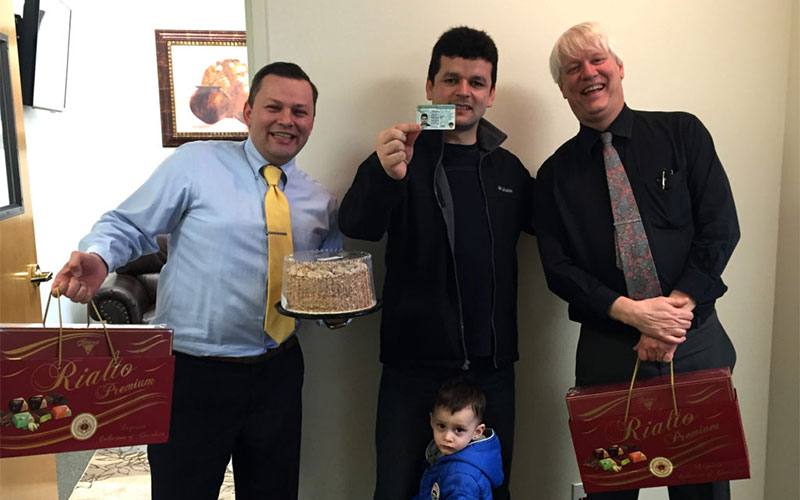 Fiance and spousal petitions in Spokane County are not as easy to acquire as they once were. We do have a local USCIS office downtown at the Federal Courthouse, where the required interviews for this type of petition can be held. However, as the saying goes, love can be complicated. That’s especially true when it involves marriage between a U.S. citizen and a non-citizen.

If you meet someone who isn’t an American citizen and you want to marry them, you’ll need to think carefully before you act. If you’re a foreign citizen hoping to marry and live in the U.S., you should exercise caution, as well. In either case, a good lawyer is invaluable for navigating fairly tricky terrain.

To bring a foreign-born fiance or spouse to the U.S. to live, the American citizen will need to file a fiance and spousal petitions in Spokane with the federal government (a visa petition will be sent to adequately request – a fiance visa for those who have not married yet, and a spousal visa for those that have already marry). But a “yes” answer isn’t automatic. The person wishing to come to America will have to meet certain criteria:

You must have met each other at least once. This may seem like a no-brainer. The fact is, marriages made strictly for the sake of immigration do occur, as do “mail-order” spouses. To try to prevent them, the feds require evidence that you and your would-be spouse have met in person.

A few photos of the two of you together is often all the evidence you will need. If you don’t have one, however, you’ll need something else: an airline ticket may suffice, or emails between the two of you talking about meeting may be sufficient. An attorney can help you find evidence that the government will accept. You must both be eligible to marry.

You and your fiance must both be unmarried, and you must both meet your state’s age requirements. Fiance and spousal petitions in Spokane are often by mail, and the interview for the fiance or spouse living abroad will have to take place in the U.S. embassy of the country of origin.

The foreign-born fiance or spouse must be of “good moral character.” Does he or she have a criminal record? Is so, forget about bringing your fiance here to live. Mere charges or allegations of acts indicating “moral turpitude” from check fraud to acts of violence — can cause denial of your petition. Again, an attorney may convince the authorities to forgive some crimes, such as petty theft. One of our clients, a foreign-born woman, was convicted of stealing a baseball cap. We argued successfully that she was not a threat to our society, and she was allowed to marry and live here.

The U.S. citizen must be financially sound. Marriages for money are the last thing the federal government wants, or marriages in which the foreign citizen moves here and then becomes dependent on social services for support — a “ward of the state.” The U.S. citizen will need to file an “affidavit of support” certifying that he or she earns an income at least 125 percent of the federal poverty guidelines before the feds will approve U.S. residency for the foreign-born spouse.

Look before you leap

Fiance and spousal petitions in Spokane and Washington State are not easily granted at the first “try” unless you submit the proper documentation with the application. Requests for further evidence can be issued but the USCIS, and they can be difficult to comply with.

If you’re bringing your fiance to this country, be forewarned : once he or she arrives, the marriage must occur within 90 days, or the fiance’s visa will expire and you’ll have to start the whole process over again. The good news is, the U.S. Customs and Immigration Service doesn’t limit the number of spousal or fiance visas it awards. Also, the process moves fairly quickly — only six to nine months from the time of application to the awarding of the visa, as compared to eight or nine years for some foreign visas. Supplied with a visa, the foreign fiance or spouse can begin working right way. But what happens if the marriage doesn’t work out? The foreign-born spouse may be at a disadvantage.

If he or she wants to remain in the U.S., the burden of proof rests on him or her to show that the marriage happened in good faith — not to by-pass immigration laws — and that the U.S. citizen is to blame for the relationship’s end. Proving who’s at fault in any divorce can be messy. Washington State, a “no-fault” divorce state, doesn’t even require it. But the feds do, if the foreign-born spouse wants to remain here. For this reason, it’s important for non-U.S. citizens to look before leaping into marriage with an American.

If you’ve decided to take the plunge, the government prefers that you go through the immigration steps procedurally, starting with a visa petition for your fiance. In reality, though, marrying first can be the easier and less expensive route to living in America with your loved one.

Petitions for existing spouses tend to move more quickly through the channels than visa applications for fiances. With so many unknowns, the smoothest and most efficient way to bring a foreign-born fiance or spouse to the U.S. is to hire a lawyer to walk you through the process and file your paperwork for you. At Quiroga Law Firm, we have the experience and expertise to not only handle your petitions, but also to handle any problems or complications that might arise. Marriage is never easy.

Why make it harder than it has to be? Contact the Quiroga Law Firm today at (509) 927-3840 for help getting your match Made in America.