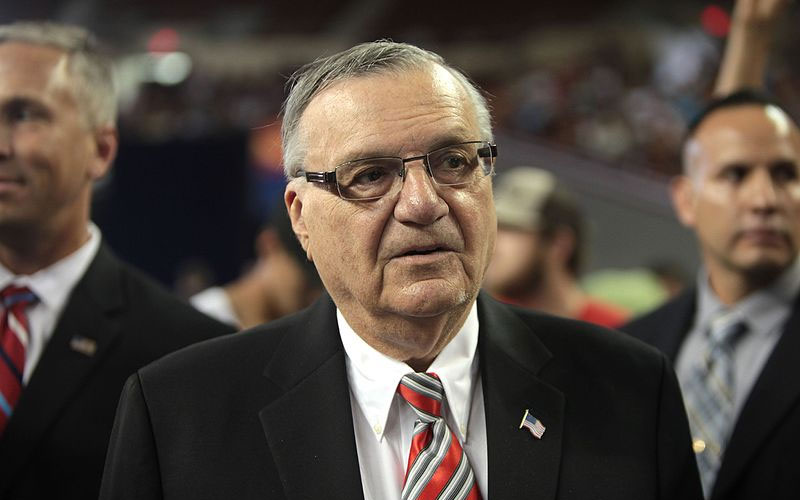 A few things about president Trump’s pardon of Sheriff Joe Arpaio.
First, president’s have the right to pardon anyone, anytime, almost without limit. Second, there have been some horrific, inexplicable presidential pardons throughout our history, certain ones from Warren Harding and Bill Clinton stand out on that score.
This one, though, is different. This one is appalling. For reasons far beyond what you would normally expect from someone who practices immigration law.

As an regular guy who graduated law school while clerking for a federal law judge I’m struck by these facts – and please note that these are facts, not opinion, regardless of where you may fall on the political spectrum: Arpaio is 85 years old, the charge is a misdemeanor; he has not been sentenced –  there was no chance he was going to serve a prison sentence; as a misdemeanor this had all the impact of a speeding ticket on his record; the conviction is, despite it being a misdemeanor, under appeal; it is months away from final disposition; Trump did not follow a single Department of Justice guideline for a pardon; most – not all but most – presidential pardons are made over the course of the last months in office.
So, in a strict legal sense, this was not a matter that called for, never mind necessitated, a  pardon.
There was then no legal reason to pardon Apraio at this time. There was, however, a political one. It is the same political reasoning that saw the birth of the Know Nothings of the 1850s and their  revival under various names in the 1880’s, 1890s and on into the Twentieth Century and the first federal anti-immigrant measures. As former Vice-President Biden wrote in the Atlantic Magazine over the weekend:

Did we think the charlatans and the con-men and the false prophets who have long dotted our history wouldn’t revisit us, once again prop up the immigrant as the source of all our troubles?

Trump had a brutal two weeks, at the end of it, with an historic hurricane barring down on Texas, he pardoned Arpaio and put it all on immigrants. He praised the man for being ‘convicted for doing his job.’ Arpaio’s job was harassing legal immigrants while illegally detaining undocumented immigrants. The law suit that started Arpaio’s legal problems was brought by a Latino with a valid green card held by Arpaio for two weeks in oppressive conditions. After he filed, he was joined by dozens of Latinos who were U.S. Citizens when they were stopped and detained by Arpaio’s officers. Arpaio’s actions cost his county over $140 million in legal costs and to settle countless claims of brutality. While he was on his mission of harassing Latinos over four hundred cases of sexual assault, many against children, were never investigated, he couldn’t spare the resources.
Arpaio wasn’t convicted of any of this. He was convicted for disobeying a court order. He did not do this once, he did not do this in a local court. He did this repeatedly over years in federal court, he bragged about defying the court publicly until he was finally held in contempt. For those who don’t think this is right, try disregarding a federal court order just once. Then try explaining to the U.S. Marshals who arrive at your door with writs in hand that it was okay for Sheriff Joe and see what happens.
Samuel Johnson said, in 1775, that “patriotism is the last refuge of a scoundrel.” The good doctor was referring to false patriots, those who used patriotism for their own means. I would like to think that Johnson would add that ‘propping up the immigrant as the source of all our troubles’ is  the last excuse of a scoundrel.