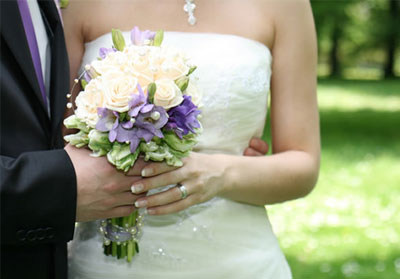 To get married with a tourist visa or not, is one of the most frequent doubts in immigration, as regards the tourist visa, if you can get married with this visa in the United States, what you can not do is stay legally within of the country or, failing that, obtain a work or residence permit through marriage. In this article, we relate the possible consequences that may be caused by people entering the United States with a tourist visa and marrying a US citizen, but in my opinion it is better to ask how can these problems be avoided? This article also applies to those foreigners who are citizens of the countries that belong to the visa waiver program and who enter the United States with ESTA electronic authorization ( that allows tourists to stay in the country, for a maximum of 90 days) and that they marry an American citizen. the requirements that each state requests, especially where the marriage is celebrated; It is important to keep in mind that after getting married and before the visa expires, the spouse who owns that visa must leave the United States.

What happens if the foreign spouse decides to stay and reside in the US?

The US citizen must immediately initiate the process to request the papers of his spouse so that he can reside and work legally in the country, in the middle of the process an adjustment of status is made, finally, if the requirements are met, the person who entered as a tourist you can legalize and obtain residence. It should be noted that while the process is underway, the foreign spouse will not be able to leave the United States, if it were to do so without prior authorization, it will take the risk that upon return, they will be prevented from entering the country.

What can be the negative part?

It is within all the possibilities that the Immigration Service and citizenship, reject the request, because for the officers, it is clear, that the intention of each visa must be used for the purpose that took it out, that is, if the visa is of tourist, should have been used for vacation and not for marriage. On many occasions people make the decision to marry from one moment to another, in this case it must be demonstrated that they did not intend to marry before entering the US.

This rule was established by the Department of State, but the Immigration and Citizenship Service, applies to marriages that are celebrated between a US citizen and a foreign person, is interpreted as follows:

As always, it must be taken into account that the immigration officer has the authority, authority and discretion to decide at his / her own discretion whether he / she grants residence to the couple as he / she is not obliged to do so.

What happens when the adjustment of status is not granted?

The foreign person must leave the country and start the process from their country of origin at the corresponding consulate or embassy, and may take a few months. The other case is that the officer prohibits the person from entering the United States by life because he considers that the person has committed a fraud.

If you can not get married with a tourist visa, are there other options?