The Politics of the 14th Amendment 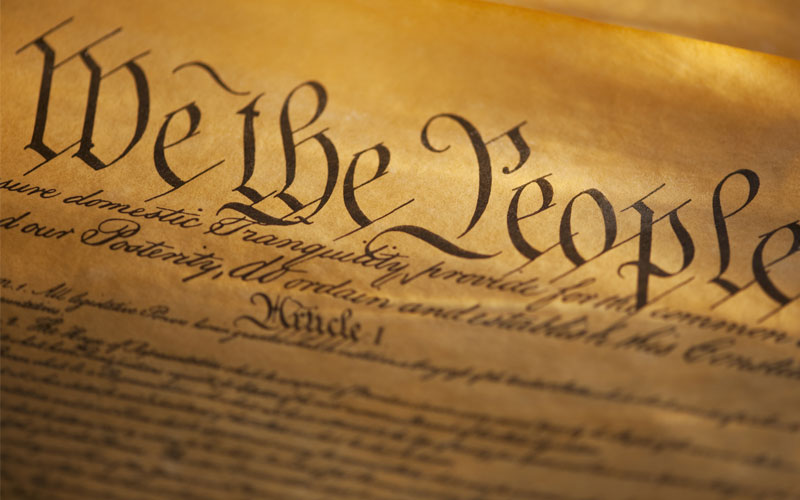 The 14th Amendment has always been shrouded in politics. From the moment it was passed in 1868, it was embraced by many and detested by more. Some flat out rejected the new law, calling it “a farce that is no more a part of the Constitution of the United States today than anything which you … might write upon a piece of paper and fling upon the floor.”

Let’s take a moment and review Section I of the 14th Amendment in its entirety:

That’s it. Very simple, really – if you are born in the United States or are naturalized you are a citizen and are protected as such by the laws of the United States. This has been the law since 1868, it naturalized millions of ex-slaves who had been denied citizenship by the U.S. Supreme Court by the infamous Dred Scott decision.

Between 1868 and 1969 there were many – many – successful end runs around the protections of the 14th Amendment. There are two obvious flaws buried in the text. The first is glaring. How do you prove you were born in the United States? Sure, you can present a birth certificate, but how do you prove it’s real to someone who doesn’t want ‘your kind’ in the United States in the first place?

This is what happened in a series of cases in the 1890s to second generation Chinese-Americans who traveled abroad and then tried to re-enter the country. They were denied entry because they could not prove they were born here.

The second ‘flaw’ is that Congress and the Executive Branch frequently ‘abridged the privileges’ by passing laws or invoking executive order. In 1903, citizenship was taken away from American born women who married noncitizens. That remained in place for almost forty years.

In 1967, after the passage of the Civil Rights Act the Supreme Court finally ended the government’s power to revoke citizenship. For the next several decades it was a very rare thing for the U.S. Government to revoke someone’s citizenship.

It should surprise no one that this is no longer the case.  Nor should it be a surprise that the man who first entered politics by repeatedly questioning President Obama’s citizenship while demanding his birth certificate is taking the same tack towards hundreds of thousands of citizens and naturalized citizens.

According to The Atlantic, the Trump administration opened a new office in Los Angeles a year ago, “staffed by dozens and dedicated to investigating the citizenship files of 700,000 naturalized Americans”

They are looking for mistakes. Errors that they can use to revoke citizenship.

People born in the United States are hardly excluded.  Americans of Hispanic descent born near the southern border are being denied passports because the government presumes their birth certificates are fake. They’ve put the onus on proving that is not the case on the citizen.

The lesson is simple: do everything right. Back it up. Have a lawyer involved from day one.