A Spokane personal injury attorney must show causation before any recovery of any actionable negligence claim can occur.

In order for a defendant to be liable for damages he, must have “caused” the damage for which the plaintiff seeks compensation. There are two types of causation, both of which must be proved for liability to result.

I.  Types of Causation a Spokane personal injury attorney can argue: 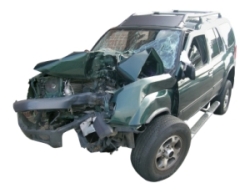 Example- Nixon, as a prank, pulls the chair from under Ford as Ford is about to sit down. Ford falls and injures himself. “But for” Nixon pulling the chair out from under Ford, he would not have been injured. Nixon was the cause in fact of Ford’s injury.

i. whether a reasonable person could have foreseen the injury resulting from his actions, or
ii whether the injury was a “natural” result of the actions.

Example- Nixon, as a prank, pulls the chair from under Ford as Ford is about to sit down. When Ford hits the floor, a rare painting of Washington falls from the wall, resulting in damage to the painting.

III. Proving causation- while a Spokane personal injury attorney can show causation by presenting evidence of causation in fact and proximate cause, res ipsa loquitor is one special form of proving causation that is commonly used in some negligence claims.

a. that the type of injury is of a kind that ordinarily does not occur in the absence of negligent behavior; and
b. that the defendant was “in exclusive control” of all possible agents and instrumentalities that could cause the accident; and
c. the accident must not have been due to any voluntary action or contribution on the part of the plaintiff.

Once the plaintiff has proven the elements a, b, and c, the burden of proof shifts to the defendant to present facts that the defendant is not liable.

At trial, Claude must show that scalpels are not ordinarily left in one’s abdomen without negligent behavior during surgery, and that all possible causes (e.g., doctors or nurses present in the operating room) were under Dr. Vincent’s control. Finally, Claude must show that the scalpel was not left in his abdomen as a result of Claude’s own voluntary activity. Because Claude was unconscious during the surgery, he should have no problem proving that the scalpel in his abdomen did not occur as a result of his own voluntary action.

After Claude proves a, b, and c, the burden shifts to the doctor; to avoid a finding of negligence, the doctor must prove that the scalpel was not left in Claude’s abdomen due to his (or his nurse’s) negligent behavior. For example, the doctor can prove that no scalpels were used during the surgery.