Spokane contract law overview: a contract is a legally binding agreement. This is a deceptively simple definition; in fact, in contracts class, you will spend one year (or at least one semester) learning the intricacies of what makes an agreement legally binding.

Other topics include interpretation of contract terms, modification of terms, third party contract rights, and the effects of breaching a contract.

Take a minute to ponder the following.

– The law recognizes only certain promises as legally binding. Many promises are not recognized as legally binding, such as merely saying, “I’ll meet you for dinner at six.” While failing to show up at six may affect your friendship, it does not have legal repercussions.

Exception– The statute of frauds requires that contracts regarding certain types of subject matter must be in a signed document to be enforceable.

The UCC is a set of model laws regarding the sale of goods. The model laws are compiled by a group of professionals (i.e., the American Law Institute) in an effort to unify the business laws of the states, and to keep each state from having to develop these rather complex laws independently.

The model statutes may be adopted by a given state’s legislature in part or in whole, resulting in what is known as a state’s commercial code.

Certain portions of the UCC, discussed below, apply only to merchants.
Large distinctions, often counterintuitive, exist between the UCC and common law. The basis for these distinctions often stem from the fact that merchants need certainty for the rough and tumble world of business to operate smoothly. Thus, the laws of the UCC are fairly rigid, often leading to harsh results, especially those portions that apply only to merchants.

Uilateral Contracts- A unilateral contract is a contract used for people in which the offer requires a party to perform an act in order to accept that offer. A legally binding agreement (i.e., a contract) is formed only when the offeree performs the required action.
Here is an Example: Han posts an offer that states, “If you find my wookie, I will pay you $100.” Leia, after reading the offer, finds Han’s wookie. A contract is formed upon the finding of the wookie. Han is bound to pay Leia $100; is important to note that, because Han’s statement is an offer to enter into a unilateral contract, a mere promise by Leia that she will find the wookie is not sufficient to bind Han to a contract. 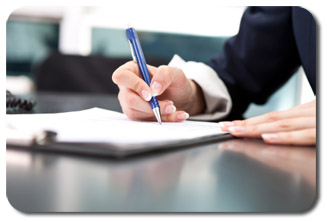 Bilateral Contracts- A bilateral contract is a contract in which the offeror allows a party to accept an offer by promising to perform an act.
Here is an Example: Luke states that, if Leia will promise to prune his rose bushes, he will pay her $50. Although Luke’s duty to pay is conditioned on Leia’s performance, the contract is binding at the moment of Leia’s promise.

Capacity- The general rule is that anybody can be a party to a contract. A number of exceptions exist based on factors such as age, sobriety, and mental capacity. These exceptions vary from state to state.

For more information about Washington and Spokane contract law and regulations, please contact us now!

Overview of this area of law