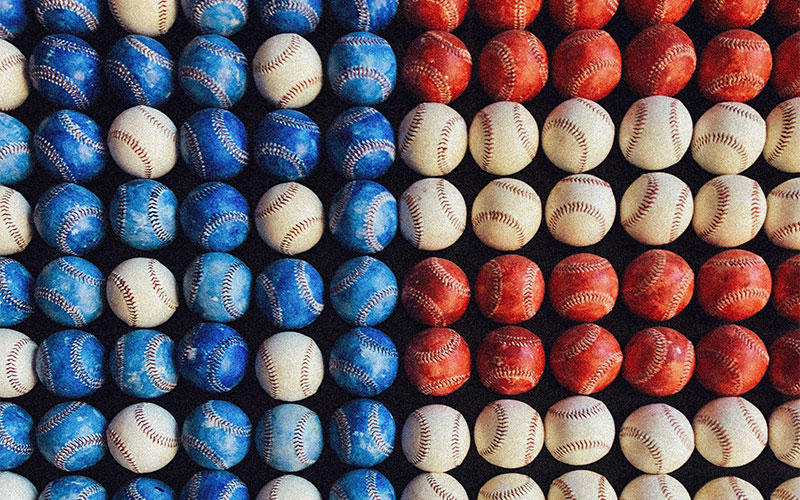 Major League Baseball starts its playoffs this week (sorry Mariner fans). Baseball is and always has been a game of and for immigrants, and if you like baseball at all, you should be grateful for that. Because, without immigrants there would probably be no professional baseball today. At least not in a form we’d recognize.

So, this: Between 1890 and 1914, 13.6 million people immigrated to the United States. If that number seems familiar just remember that immigration history has a way of repeating itself.

The answer, at least in part, was baseball. In 1900, every decent sized company had a baseball league – not a team, a full league. Four, five, ten teams playing every night of the week and all through the weekend.

Here in Spokane, there was the Northwestern League, just one of the hundreds of leagues around the country. The Northwestern League, American Association, Eastern League, Texas League, Southern League, NY-Penn League, Pacific Coast League, all flourished. They had no connection whatever with the ‘majors’ they operated on their own, made money through ticket sales and ‘selling’ outstanding players to the Majors.

There were two, occasionally three, major leagues from 1890-1920. Leagues of the best of the best. But, they weren’t the major leagues of today, They were wild, largely unregulated, teams moved or folded or did both, players jumped leagues when they could, it was a free-for-all. When the majors weren’t playing – or even when there was an off day mid-season – there was always a chance that when your local team played, say, the Pawtucket Clam Eaters, or Decatur Commies, that the right fielder or pitcher might be a major league star making a few extra bucks.

If that did happen, the odds were very high that his last name was Bresnahan, or McGraw, McGinnity, Kelly, Hamilton, or McIntyre. In the 1890s the Major Leagues were dominated by Irish and Scots-Irish, second generation – and older – immigrants. The members of the Baseball Hall of Fame from that era read like a Scottish history book.

The wave of immigrants that came in in the late 1890s and early 1900s were not baseball fans. They were as immune to the charms of baseball as most of us are to cricket. They didn’t understand the game and who can blame them, it takes some getting used to.

Lou Gehrig was a child of immigrants. His parents fled Germany, settled in Manhattan. He grew up on East 94th street. He played baseball virtually non-stop through his childhood. His first road game for Columbia University was the first time he ever played a baseball game outside the confines of New York City. Impossible to envision today, it was a common occurrence in the 1900s. Baseball was everything, even in otherwise packed cities.

Funny thing about baseball as, sadly, the Major Leagues didn’t really figure out until 1947: if you’re any good at all you’ll be accepted. Some people might not have been too enamored of a Jewish son of revolutionaries from the Ukraine but they’d certainly embrace his 90 mph fastball.

Baseball, then, allowed – encouraged, in fact – assimilation where it was otherwise impossible. It was the great equalizer. Which is great but only half the story.

By 1900 the Major Leagues were stagnating. There was no diversity. In the words of the baseball historian (and statistical guru) Bill James, major league “baseball in the nineteenth was in danger of becoming a game of the Irish, by the Irish, and for the Irish.” Baseball on the professional level was exclusive and unsustainable, it could have gone the way of softball.

The children of those 13.6 million immigrants saved major league baseball. By the mid-1920s baseball was as diverse as it could get while still being segregated. Players were no longer from a narrow slice of Americana, they were from … everywhere. With the success of every Gehrig, Lazzeri, Gomez, Crossetti, Heilman. Solomon, Frisch, DiMaggio, the stands filled and stayed filled with first and second generation children of immigrants.

It occurs to me, after these years of the Trump administration  that the children of immigrants at the turn of the last century jumped feet first into a game of individuals and individual skills that can only be won when all those individuals work together.

That’s probably the lesson of America.